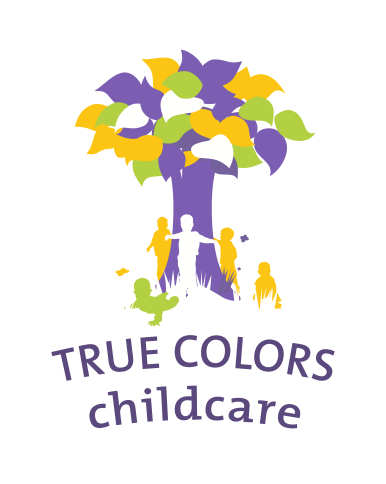 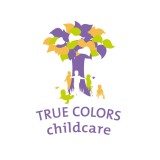 by Redactie True Colors Childcare
Potty training is one milestone that you're probably looking forward to. And even though some toddlers adjust in a few days, bear in mind that it may take several months to get into fully potty trained. And there will be setbacks along the way.

Wait until your child is ready for potty training

There’s no right age to start potty training, as every child is different (Wu 2010). Most children are between two years and two-and-a-half years (Wu 2010) when they start (AAFP 2008, Choby and George 2008, ERIC 2010b). Don’t feel pushed into toilet training your child too soon due to pressure from other parents or your family. Watch for the signs that your child is ready to start training, and don’t start before then. Talk to your toddler about what you are going to do. You could show your toddler a fun book about using the potty, to get him interested in what’s to come and use it to explain the situation.

Go on a special trip with your child to buy some new pants and a potty. But you can also buy a training seat to attach to your toilet. If your child uses a toilet seat, you’ll also need a footstep so your child can stabilise himself with his feet and push when he’s having a poo. It will also allow him to get on and off independently. You could try using training pants for your toddler instead of, or as well as, proper underwear. Training pants are similar to regular pants, but have an absorbent pad inside to cope with small accidents.

Wearing real underwear may encourage your toddler to use the potty. You could let him choose some pants which have his favourite cartoon character on them.

Be consistent in your approach to potty training

Take things slowly to begin with. Encourage your toddler to sit on the potty once or twice a day. Sit your child on the potty after he has just had a wet or dirty nappy. This reinforces where the wee and poo is meant to go and encourages him to get used to the potty and accept it as part of his routine. If he doesn’t want to sit on it, that’s fine. Never force him to sit there. And don’t push the issue if he seems scared. If he’s not interested, just put a nappy back on him and put the potty aside for a few weeks before trying again (DH 2009). At this stage, you just want him to get used to the potty. If he shows an interest, start explaining that this is what Mom and Dad, and any older siblings, do every day.

If he gets the idea and manages to poo, that’s great. But don’t push him to perform. Wait until he’s ready and demonstrates a clear interest in using the toilet on his own. If you persist when your child is not ready, he’ll get upset and you’ll become frustrated, turning toilet training into a battle-ground. Let everyone who looks after your child know that you’re going to start potty training. Grandparents, nursery staff or childminders all need to use the same, consistent approach (ERIC 2010a).

Persevere with the potty, if he’s ready

Encourage your child to use his potty whenever he feels the urge to go. Give him plenty to drink and encourage him to sit on the potty every hour (DH 2009, ERIC 2010a). But make sure he knows that he can also tell you if he needs to go, and that you’ll help him whenever he wants you to. Some toddlers won’t sit on the potty long enough to relax and let anything come out. Calmly encourage him to sit there for at least a minute or so. Stay with him and talk calmly, or read him a story (ERIC 2010b). When your toddler uses the potty successfully, give him lots of praise. Even if he continues to have accidents, he’ll then start to grasp that getting something in the potty is an accomplishment.

Your child will have several accidents before being completely trained, in the day and night. It can be frustrating, but don’t get angry or punish him (DH 2009). Mastering the process will take time. When he has an accident, calmly clean it up without any fuss and suggest that next time he tries to use his potty instead. Accidents are part of the potty training process. But if there are lots of accidents and very little progress, go back to nappies and wait with potty training for a while. Your toddler may not be ready yet (ERIC 2010b). It doesn’t mean that you’ve failed, and it’s the best thing to do if you want potty training to work in the long-run.

Even when your child is consistently clean and dry all day, it may take him several more months or years to master being dry at night. So don’t throw away his nappies just yet. His body is still too immature to reliably wake him up in the middle of the night just to go to the toilet. Most parents start to night train when their child is between three years and four years, and has woken up with a dry nappy a few mornings in a row (ERIC 2010a, b). Help cut down on wet nights by not letting him drink too much before bedtime. Though make sure you give him about six or seven cups of drink during the day, or whenever he asks. Tell him that if he does wake up in the middle of the night he can call to you to help him get to the potty. (ERIC 2010b)

Believe it or not, when your child is ready to learn this new skill, he will. And if you wait until he’s really ready to start, the process shouldn’t be too painful for either of you.